There are folk tales about Mickey Mantle hitting the longest home run ever measured 565 feet. In reality, he would have had to hit the ball 131 miles per hour. While I don't doubt his greatness, he most likely could not have hit a ball that far in the air. 565 ft may be where the ball stopped rolling, which is certainly possible, but home runs are typically measured by where they land.

Ready for a breakdown of the longest home runs ever?

The fastest exit speed velocity in the MLB over the last decade is 122 MPH.

Jose Canseco played in the Major Leagues from 1985 to 2001, over that time span he hit 462 home runs. He hit for a career .266 batting average and earned 4 silver slugger awards. Canseco later admitted to using performance enhancing drugs.

Mark McGwire played in the Major Leagues from 1986 to 2001, over that time span he hit 583 home runs. He hit for a career .263 batting average and earned 3 silver slugger awards. Mcgwire later admitted to using performance enhancing drugs.

The angle of incoming pitch will effect our ability to optimize both exit speed and launch angle. For guys with a flatter swing path, they will need a pitch that is high in the strike zone. A player with a steeper swing plane will be able to hit a low pitch 500 ft.

There is a huge difference between a ball that is hit squarely in the air and a ball this has been sliced and resulted in a true pop up. Many times the player who swings down to avoid pop ups often ends up creating the very problem he is trying to avoid. Thinking "swing down" will create a bat path that will chop through the plane of the pitch and slice the bottom half of the ball resulting in.......A POP UP! Not a long fly ball, a true pop up to the infield is caused by the swing plane slicing too far downward in relation to pitch plane.

In order to square the baseball with optimal efficiency, the angle of our shoulders and bat need to be parallel at the point of contact.

We were are all taught to "keep our shoulders level."

The back shoulder must drop to the height of the pitch. As you see in the clip above, Longoria drops his shoulder a significant amount just to hit a ball that is at the top of the strike zone.

This is a great example of getting the barrel on plane with the pitch. Notice how long the barrel stays tight to the back shoulder.

To maximize our exit velocity, the path of the bat needs to match the path of the oncoming pitch perfectly. This study shows that achieving zero offset in swing plane vs. pitch plane is optimal for ball exit velocity. The optimal launch angle for a home run distance is 28 degrees.

If we take a closer look at the swing of Jose Canseco, we can begin to understand why he was able to hit a baseball 540ft.

Notice where Canseco holds the barrel as the pitch is being thrown. The barrel his tipped forward, this mechanic can be seen by the top home run hitters of all time.

With the technology available today, we are able to better understand the metrics that go into the longest home runs. As a fan of the game, I love to see the ball exit speed and launch angles displayed while watching games. One day we will get true metrics on the longest home run ever. 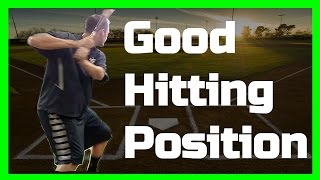 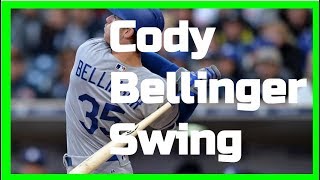 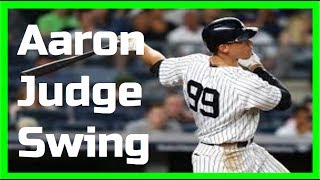